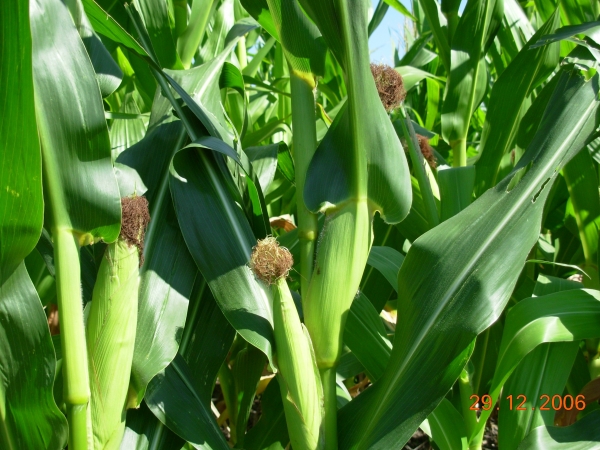 We have developed an inoculant based on Azospirillum brasilense for use in different grasses cultivation, highly concentrated and on a completely sterile carrier. Grass inoculants contain plant growth promoting bacteria (Plant Growth Promoting Rhizobacteria - PGPR-) which increase crop productivity and maximize the efficient use of productive resources.

The inoculant based on Azospirillum brasilense is a novel product for grasses that complements the technological package of high-yield crops and allows more stability in the achievement of positive results.

The study of the soil-plant-microfauna systems has enabled the detection and isolation of a set of microorganisms with a beneficial effect on soil fertility conditions and plant growth stimulation. In addition to the Rhizobium and Bradyrhizobium genera, there are other bacteria with a clear promoting effect on plant growth, among which the Azospirillum genus is found, known to have a positive effect on several species of plants.

They are predominantly associated with the grass family, lodging mainly at the level of the rhizosphere and root, from which they exert their beneficial effect on the plant.

While Azospirillum is capable of fixing atmospheric nitrogen, this is not the main mechanism of its promoting effect on plant growth. The most important mechanism of action of Azospirillum is the production and secretion of phytohormones, mainly auxins, as well as cytokinins and gibberellins, that stimulate root growth of the plant to which they associate. This promotion of root growth in turn allows greater exploration of the soil and an increase in the ability to absorb water and nutrients. In this way, the plant is capable of greater aerial biomass production, both in grain and forage.